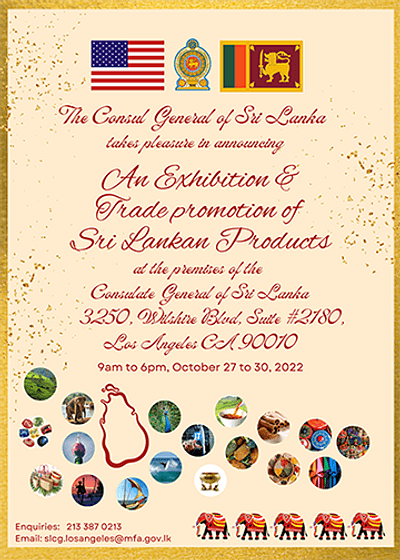 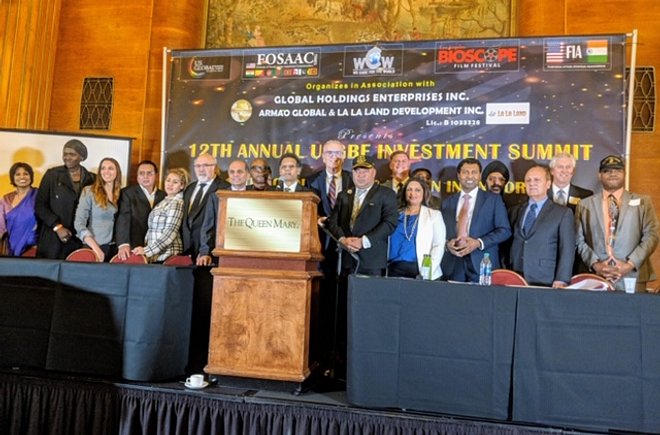 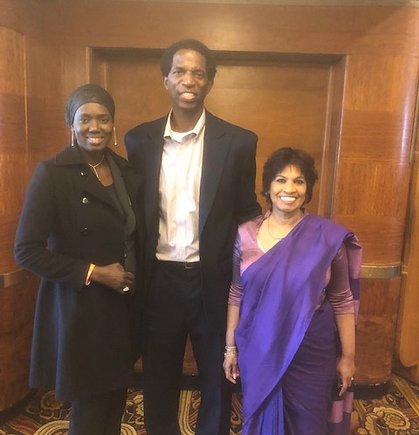 You are cordially invited to visit and see for yourself the craftsmanship and the uniqueness of Sri Lankan products as well as have an opportunity to network with Sri Lankan Companies.

For further details, you may contact Sri Lanka Consulate General
in Los Angeles on any of the numbers below

The Consulate General with the support of the Sri Lankan Business community living in Los Angles California organized an Economic Diplomacy program at the 71st Anniversary of the National Day reception held on February 7th 2019, at the Official Residence of the Consul General.

The Consul General, Mrs. Swarna Gunaratne delivering her speech to a packed audience of guests at the Economic Diplomacy Event held on 07th evening said that Sri Lanka is a nation with renewed optimism and sustained reforms and the path travelled was so long over 2500 year with rich cultural heritage, best agricultural and irrigation facilities, best education at no cost, healthcare with zero cost.

In her remarks, she further stated that “Sri Lanka is one of the nations that own the best photographed location in the world and emerging as a virgin destination where actual potential for expansion of tourism industry is still to be tapped”. She also mentioned that Sri Lanka is becoming one of the most sought after destinations that cannot be matched by any other nations easily and that the Institutions Sri Lanka Tourism and the Board of Investment of Sri Lanka have identified the travel and leisure sector as one of the key sectors for foreign investment and joint venture participation. She invited the US based entrepreneurs and the corporate sector investors to join with Sri Lanka to be a partner of this progress.

Speaking about the Tea Industry, she stated that The Ceylon Tea industry has become Sri Lanka’s most important industry representing the agricultural sector and accounting for about 14% of the nation’s total exports. Tea is getting increased attention globally because of its variety of health benefits. In this context, she said that she is well convinced that the Ceylon Tea is supporting economies around the world to have healthy citizens and bring down expenditure on public healthcare.

The event was attended by Christina J. Hernandez, Regional Director of Office of Foreign Missions of U.S. Department of State; Lourdes  Saab, Chief of  Protocol of County  of Los Angeles Board of Supervisors, Foreign Diplomats, other US Government officials, Business leaders of Tea and Tourism sectors,   Regional City Administrations, Civic Societies, Corporate sector and multi-ethnic communities living in California.

Partner Sri Lanka –Tea Tasting Event hosted by Q trade one of the leading Sri Lankan companies based in Los Angeles.  David De Candia, Tea Ambassador for the Western States of the USA made a presentation about Sri Lankan Tea explaining how the Sri Lankan Government programs are designed to facilitate a symbiotic relationship between both workers and plantations and also identify needed changes within the communities. He further stated that these initiatives have impacted the improvement of the working environment, access to health care and advanced education facilities. He also, highlighted how Tea is getting increased attention globally because of variety of health benefits.

A presentation about value added sectors and services prepared by EDB screened at the event was well received by the audience.

The Consul General was presented with Congratulatory Certificates by Lourdes Saab, Chief of Protocol of County of Los Angeles Board of Supervisors, and from the Representative of Mayor Eric Garcetti, Office of City of Los Angeles.

Concluding the event, delicious Sri Lankan food was served for about 150 guests who participated at the event. All the guests were also received with a valuable gift pack of Ceylon Tea.

Below ids the article published in LA Post about the celebration

During the promotion, the Consul General made a detailed presentation a well-represented audience comprising leading US business community, about the Partner Sri Lanka investment potential with particular focus to the upcoming Colombo Port City Developments program related connectivity possibilities. The Consul General in her speech explained opportunities exist for US Entrepreneurs to invest in such a world-class project.

The US Global Business Forum ( USGBF) is a platform established by the prominent American Business Community members with the objective of promoting trade, commerce, investment and joint ventures between various countries around the world. The Business Forum held aimed at bringing together business leaders, diplomats, government agencies, trade, and development support organizations onto one venue that helped us creating wider awareness about Sri Lanka's emergence as a preferred investment and business destination.In her speech, Consul General explained the mission of the Port City project:

• To develop the most livable city in South Asia. Built on sustainable values, a healthy environment with the future-ready infrastructure to enhance living convenience.

• The catalyst for growth, a place that fuses the culture and energy of a nation with international best practices.Further pointed out five stages of developments:

2. Central Park living District- The green and the social heart of the development

4. The Marina - A leisure destination along the water's edge

5. International Island- The hub for knowledge and entertainment with schools, medical facilities, convention center, and an integrated resort.

Concluding her speech she invited potential entrepreneurs/investors to be part of this world-class venture.

Cordial Invitation to the Public:

The Consulate General of Sri Lanka to Western States USA is joining with the Los Angeles County Museum of Art (LACMA) in organizing the Public Opening Ceremony of “The Jeweled Isle”, a seven months long Sri Lanka Exhibition to be held at 10.00 am on December 16th 2018 at the LACMA outdoor garden. Attendance at the opening ceremony is free of charge.

All the Community members, their families and friends are warmly welcome to grace at this glorious occasion.

“The Jeweled Isle” is the first exceptionally comprehensive Sri Lanka art Exhibition of this nature to be held in USA for the last decades.  We are indeed so proud that LACMA is kindly supporting us in presenting this magnificent and historical event. The Consulate General, as per the guidance of the Government of Sri Lanka Sri Lanka, has been working with the LACMA since 2016 to realize this rare exhibition on behalf of the people of Sri Lanka.